Last week, we lost a phenomenal educator, father, and friend, Ken Townsel.  When I received the call that this happened, I immediately went numb.  I literally had no words.  Even a week later, I am still trying to come to grips with this reality.

Ken simply had a knack with people.  Everyone he came into contact with, he left an impression on.  As I traveled around the country the past couple of years, anyone who had been to RCA always brought him up.  They didn't always get his name right (Townsend, Towns, Towel), but they could remember how they felt when they met him and experienced his magic.  From his "cell theory" rap to his perfectly timed jokes about how he turned into an elderly white guy upon jumping into the Antarctic Ocean, he simply had the "it" factor as an educator, performer, and motivator.

For those who didn't know, Ken also loved pictures.  Not just taking pictures, but being in pictures.  This is beyond evident in everyone's ability to have posted a picture with him on Facebook.  He never shied away from seeing a group of people waiting to take a picture in front of the slide, and saying "Wait, wait," only to slide down right in front and then say, "Ok, now we're good."  And that's why people loved him.  He made people smile, laugh, and remember the fun in teaching.

Though I only got to know Ken for four years while working at RCA, I can recall so many fond memories and moments with him, as I know so many others can as well.  It has been amazing over the past week the number of people who have reached out to share moments and memories with him, even if they only got a day to spend with him.  It is obvious that he regularly went out of his way to help those in need and turn any moment into a teachable one with people.

One of my personal favorite memories came in New York City with the 5th graders.  It was his 50th birthday, and after dinner Ron had us all walk over to Times Square, right behind the TKS booth where they often put stands up for events.  We climbed the stairs, and Ron shouts out to the thousands of people around Times Square, "Excuse me, my name is Ron Clark, and my friend Mr. Townsel's 50th birthday is today.  Let's all sing happy birthday."  So along with several hundred of our new friends, we all sang Happy Birthday to Ken in the middle of Times Square.  I could see how moved Ken was by this.

Another story I'd like to share doesn't even involve him being there, but it shows the impact he has on his students.  I was a chaperone on the 5th grade Washington, DC trip several years ago, but Ken wasn't on this trip.  Each year, the teachers divide up the content to teach the 5th graders in preparation for the trip, and Ken always taught about the National Air and Space Museum.  I had my group of five students, and upon walking into the museum, they starting spitting out facts about each space shuttle and plane in the museum that he had taught them.  Then when we got upstairs to the World War II fighter planes, they spotted his favorite plane, and the kids insisted we take a picture with them in it so I could text it to him.  Their excitement for this moment showed how excited Ken must have been to teach about it, and it demonstrated the love he had for teaching his students. 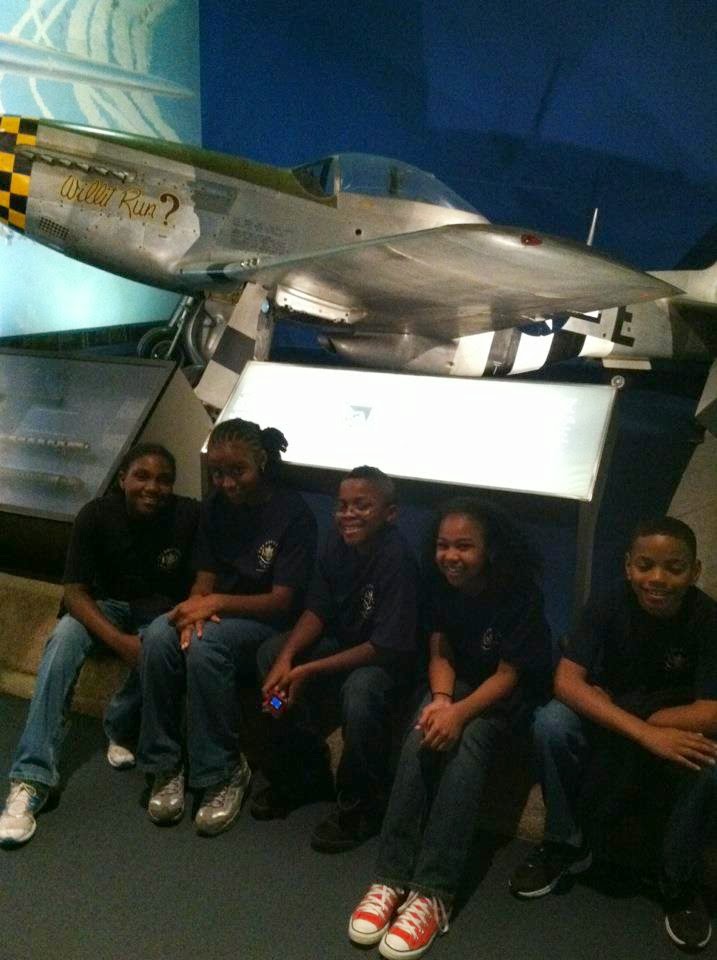 Finally, I want to show my gratitude for him.  After my son Ryder was born, I decided that taking care of an infant was going to trump taking care of my pet ball python of six years, Deacon.  I was deciding what to do with him, and upon talking to Ken after school, he offered to take him in his room.  I admit I was not always the best keeper of Deacon, so I am so glad he found a new home, with a person who was dedicated to giving this snake a great life, which included walks outside (yes, they went on walks outside), pictures with thousands of students, parents, and guests of RCA, and the basis of many life lessons that I would have never even thought of giving.

There are so many things that Ken had ahead of him.  He had a long list of schools interested in having him speak for their staff, many more students who would have learned from him, and I'm sure more countries he would have wanted to visit.  He also leaves behind his wonderful new wife, Daphne, and two children.  While there are unfortunately schools that unexpectedly loose teachers each year, this is a rare situation where I believe the nation has lost an educator.  RIP KT 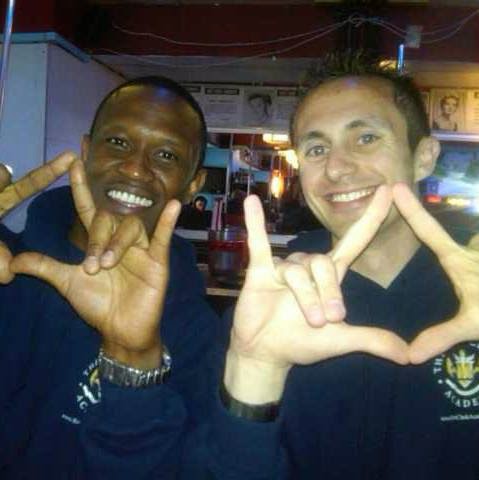 Posted by Adam Dovico at 3:27 PM No comments: