One of the more frequent questions I have been asked since transitioning from the K-12 world to the college world is "How have you changed my teaching?"  The answer is simple: I haven't.  I still pride myself on engagement, passion, and fun.  People want to be engaged at all levels of life, so the tactics I used with 3rd graders have proven equally as effective with 7th graders as they have with 10th graders as they have with college Seniors.

I am currently reading a wonderful book called Made to Stick by brothers Chip Heath & Dan Heath (suggested by my colleague Dr. Pat Cunningham).  As the name suggests, it explains the six basic ways that helps ideas stick in people's minds.  One of those methods is to provide the "unexpected."  The authors offer the anecdotal example of the flight attendant who made her "flight safety speech" into a comedy, which caught people by surprise and had them listening to her.  To boil it down, the authors state that the "most basic way to get someone's attention is this: Break a pattern."

In my experience, many of my most successful and memorable teaching ideas include the "unexpected" factor (dressing up as Elvis, standing on the roof of RCA to teach Pythagorean Theorem, turning the classroom into a battleground to name a few).  When my Wake Forest students enter my classroom for the first class of the semester next week, they are expecting what they have been exposed to in most other classes on the first day: introduce yourselves and why you are taking the course, hand out the syllabus, assign the first homework, and likely leave early.  While accepted by most, this in my eyes opens up a great opportunity to "break the pattern."

Next week, the pattern will be broken, and I am excited to see the results.  I will have five different classes to meet next week, with different introduction activities for each prepared.  By the end of next week, I will write Part 2 of this entry, filled with pictures and stories.

First week of the spring 2015 semester is under my belt, and here are some results from each of my first classes:

EDU 201L Class: "Building Blocks of Education"  Each student took a few of Ryder's plastic "Mega Bloks" and wrote what or who were the building blocks of their education on them with a dry erase marker.  We went around the room after they finished to explain their blocks.  They then worked as a team to construct their "wall".  The activity was a lot of fun, and it provided a nice way for them to break the ice.  It allowed me to learn more about the students without asking them to share answers to a canned set of questions.

EDU 203 Class: "Piped Out Introduction" Each student created a symbol out of pipe cleaners and beads (purchased at Target for $6).  They then went around the room to explain their symbols.  Since this group already got to know each other in previous methods courses, I did not need to have this be a "introduce yourself" type of activity.  Rather, I presented it as more of a "symbol" that represents you.  The students had a blast creating designs and creatures, but some struggled a bit figuring out what to make.  Next time I may have them brainstorm for a minute about what represents them before giving out the materials. 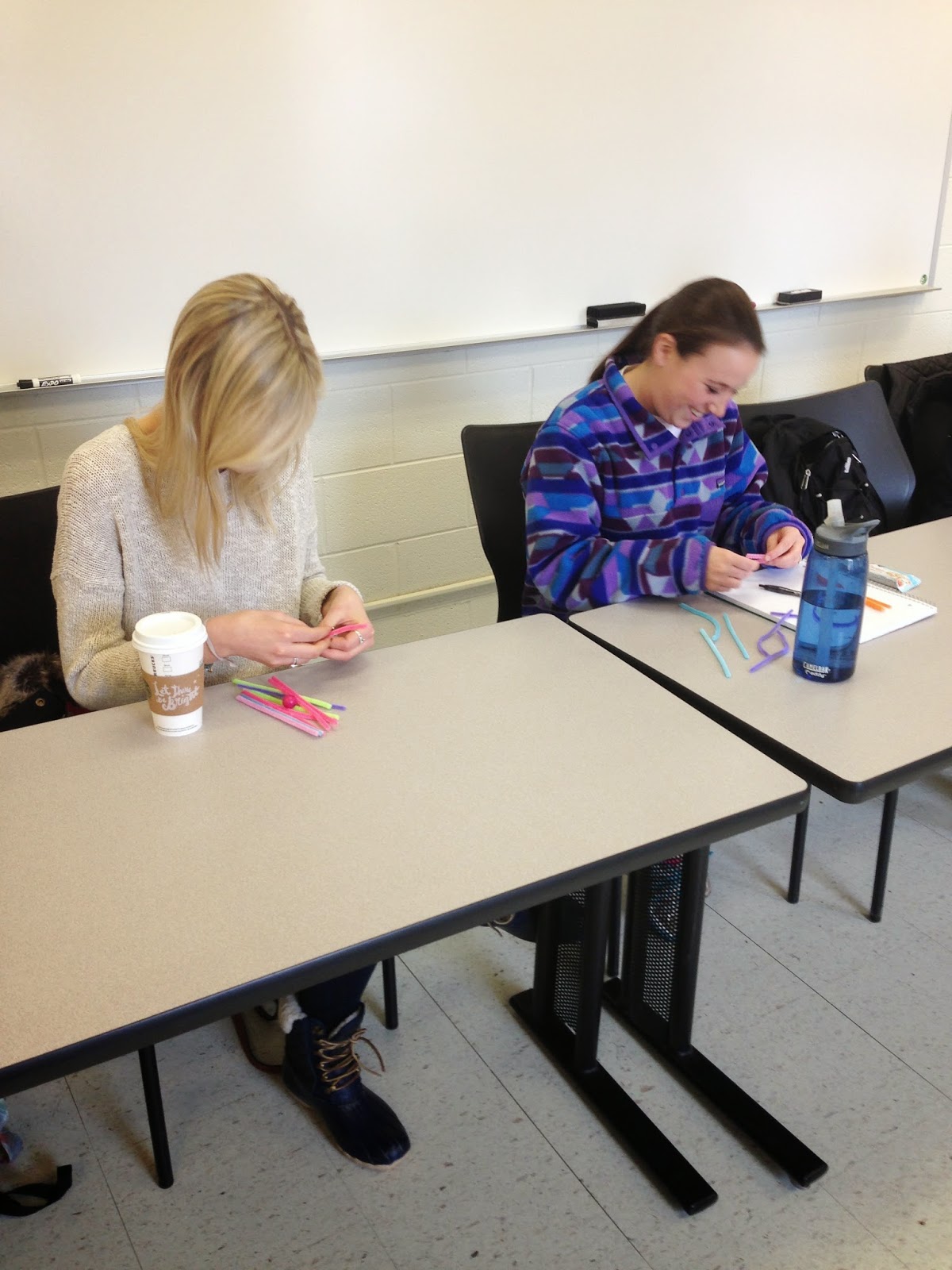 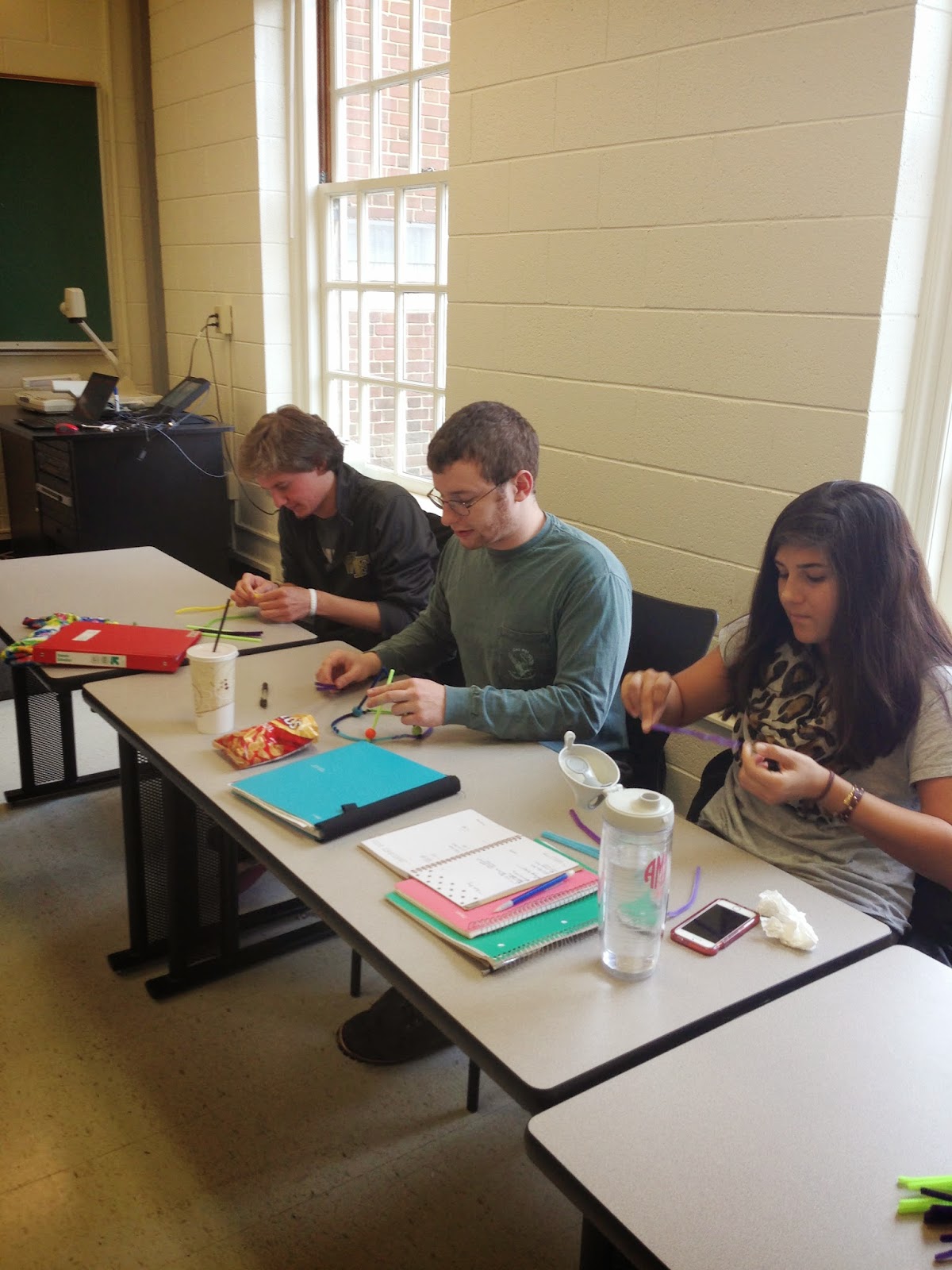 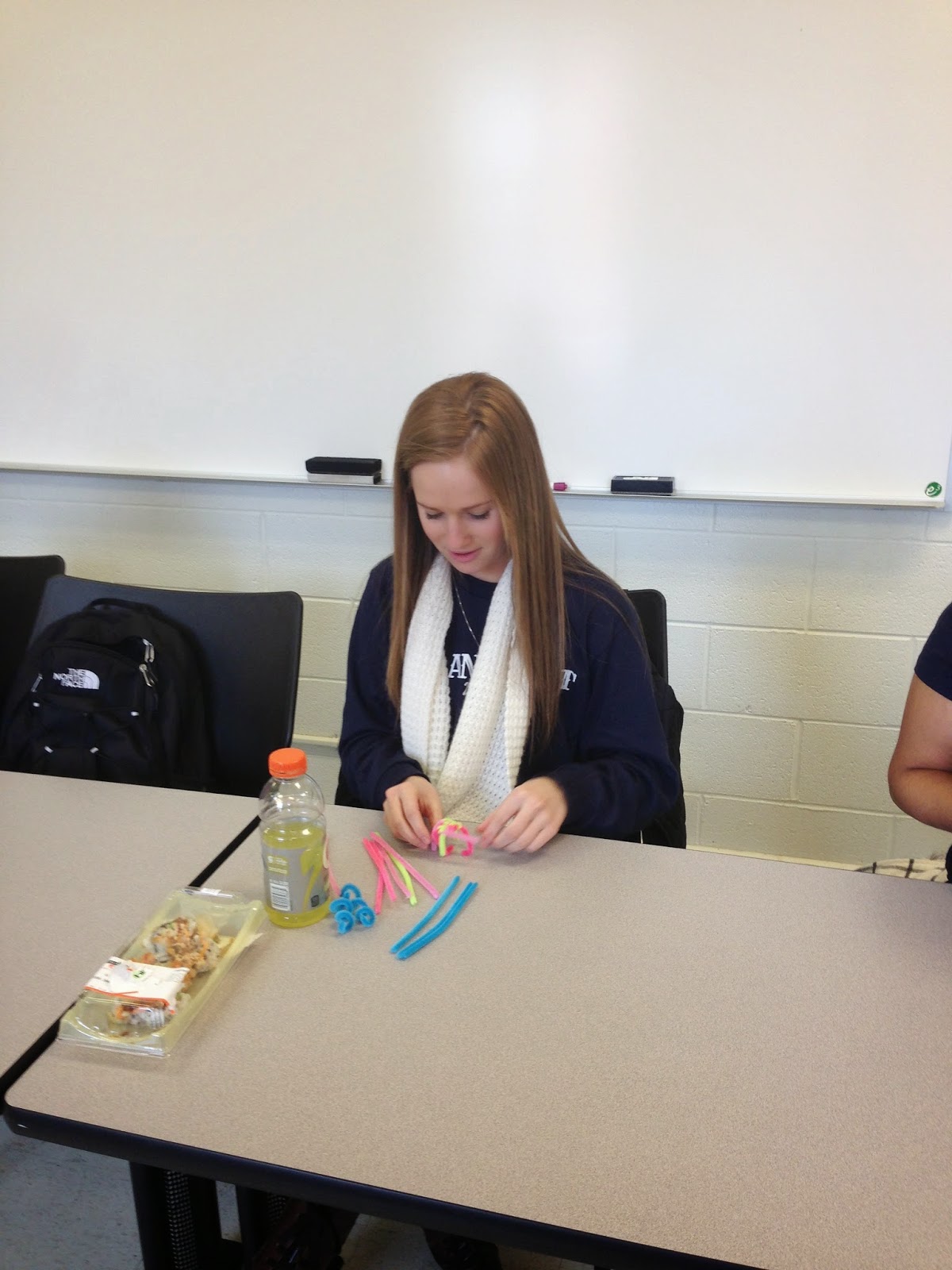 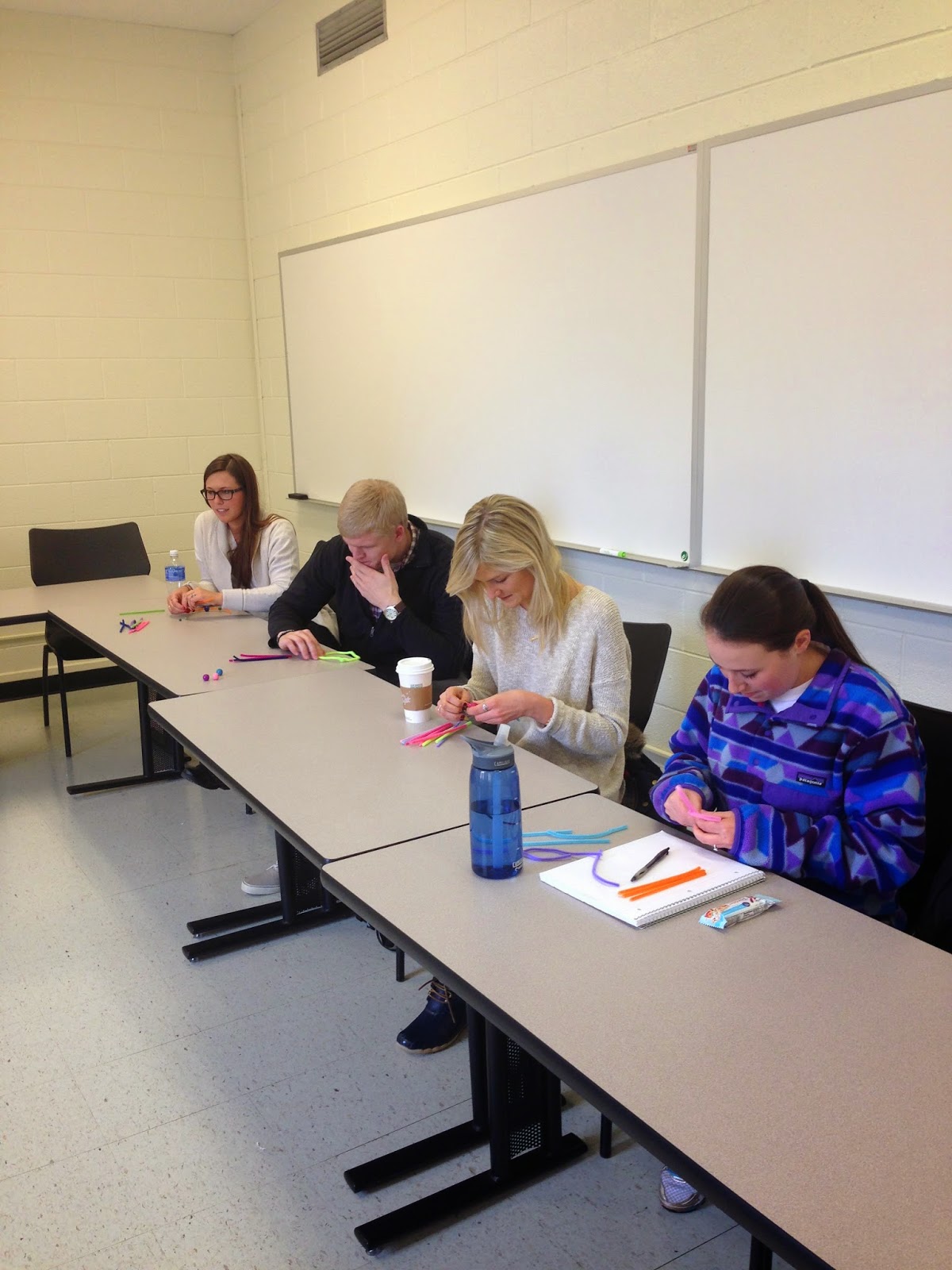 EDU 300 Class: "Photo Booth" These are my seniors, who just finished their student teaching and are in their final semester together.  They are great friends, so this "first class" activity worked perfectly for them.  I bought all of the dress up items at Party City and made the signs myself.  They were excited to see each other after not seeing each other for a month and this was a great way to celebrate for them.  I would like to make the signs a bit bigger next time because they enjoyed using those, but could stand out more if they were bigger. 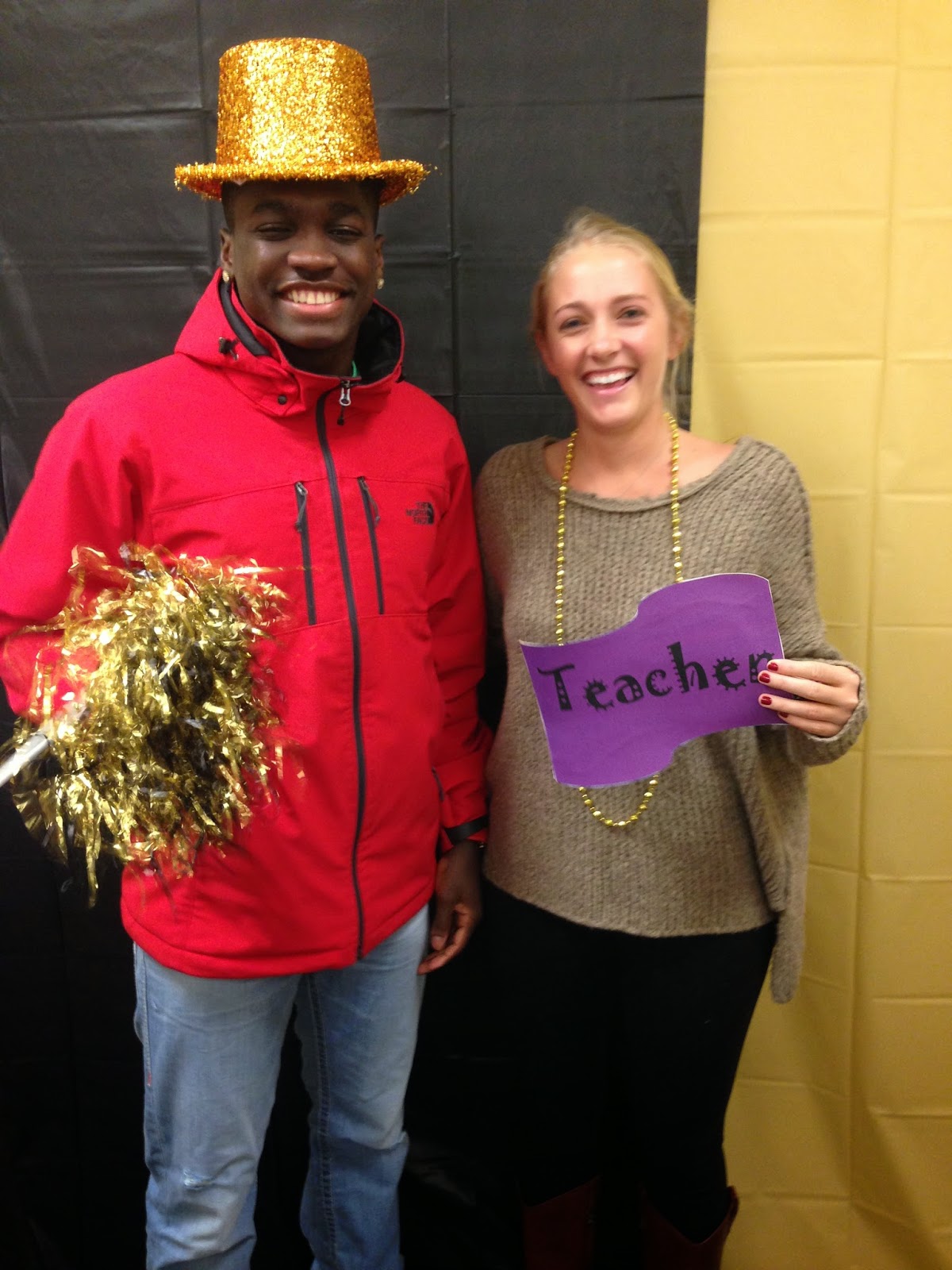 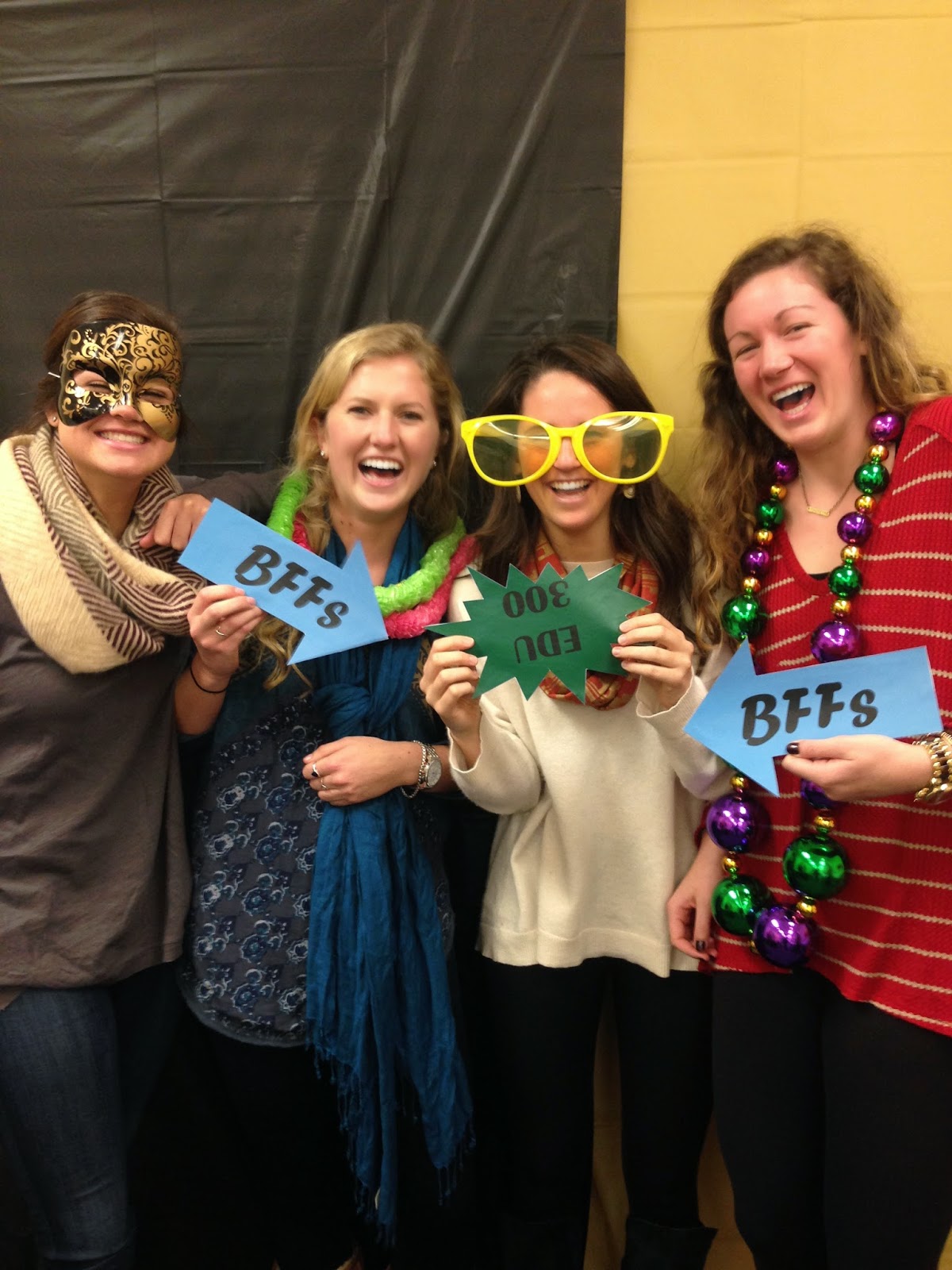 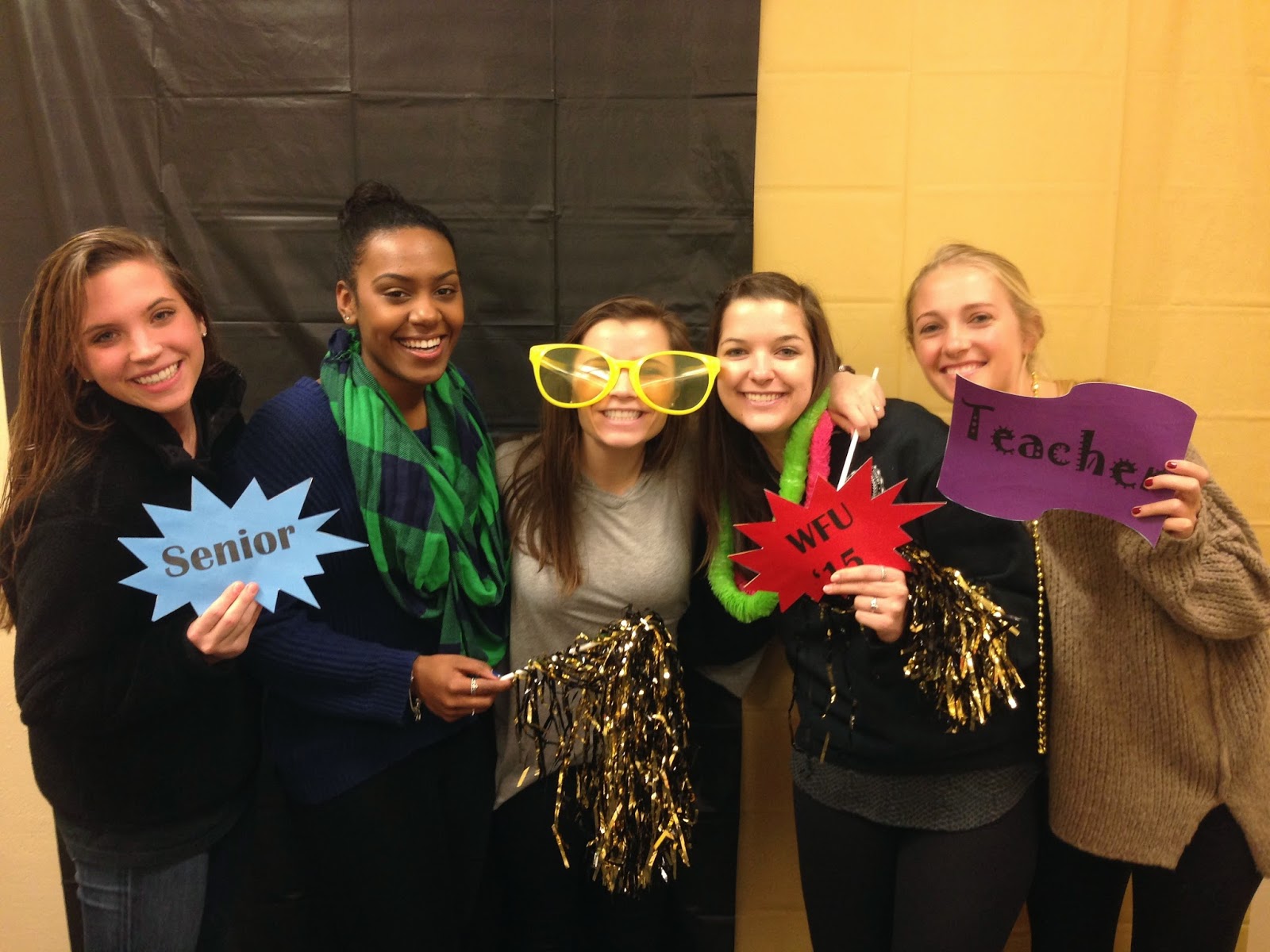 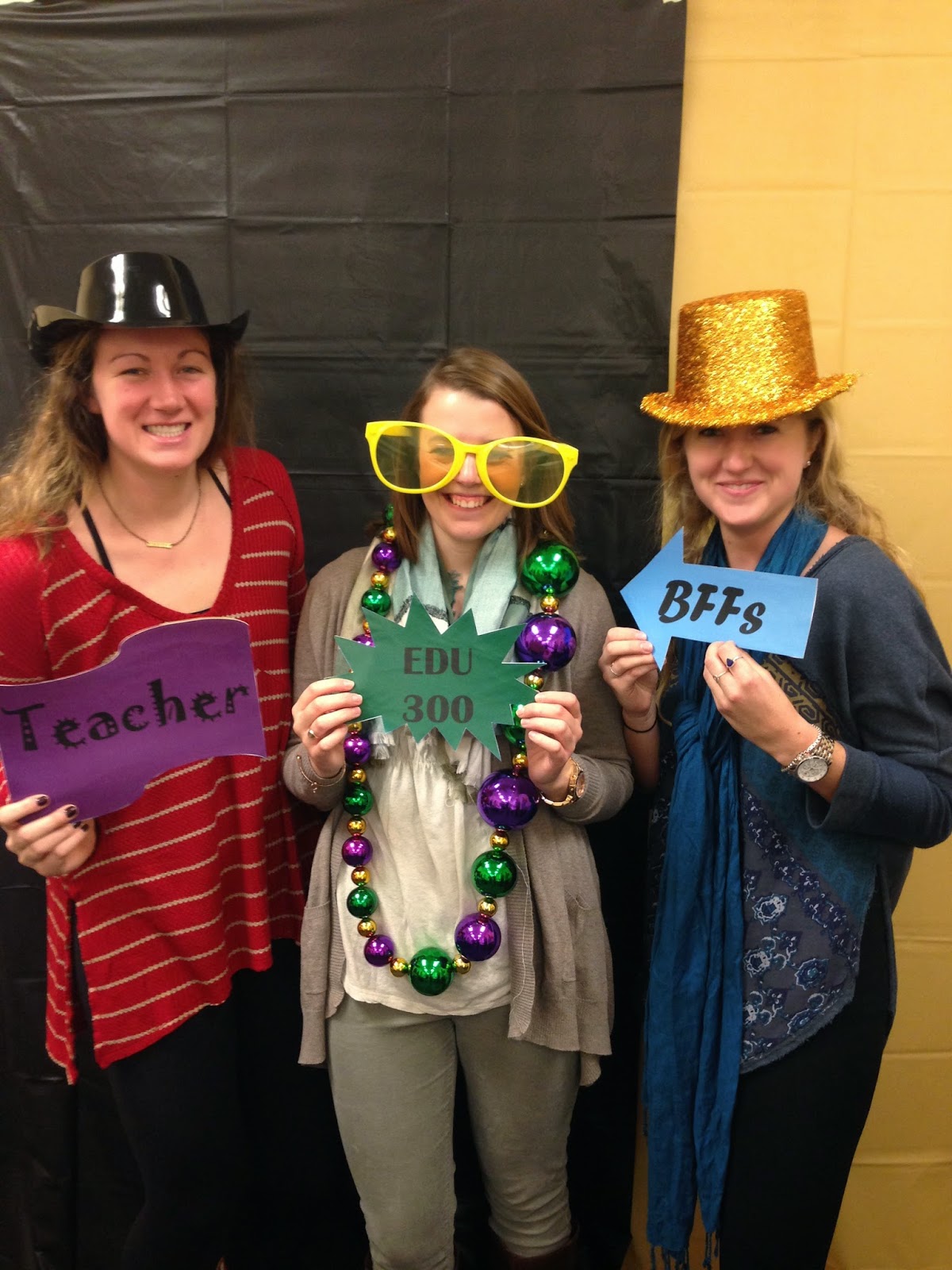 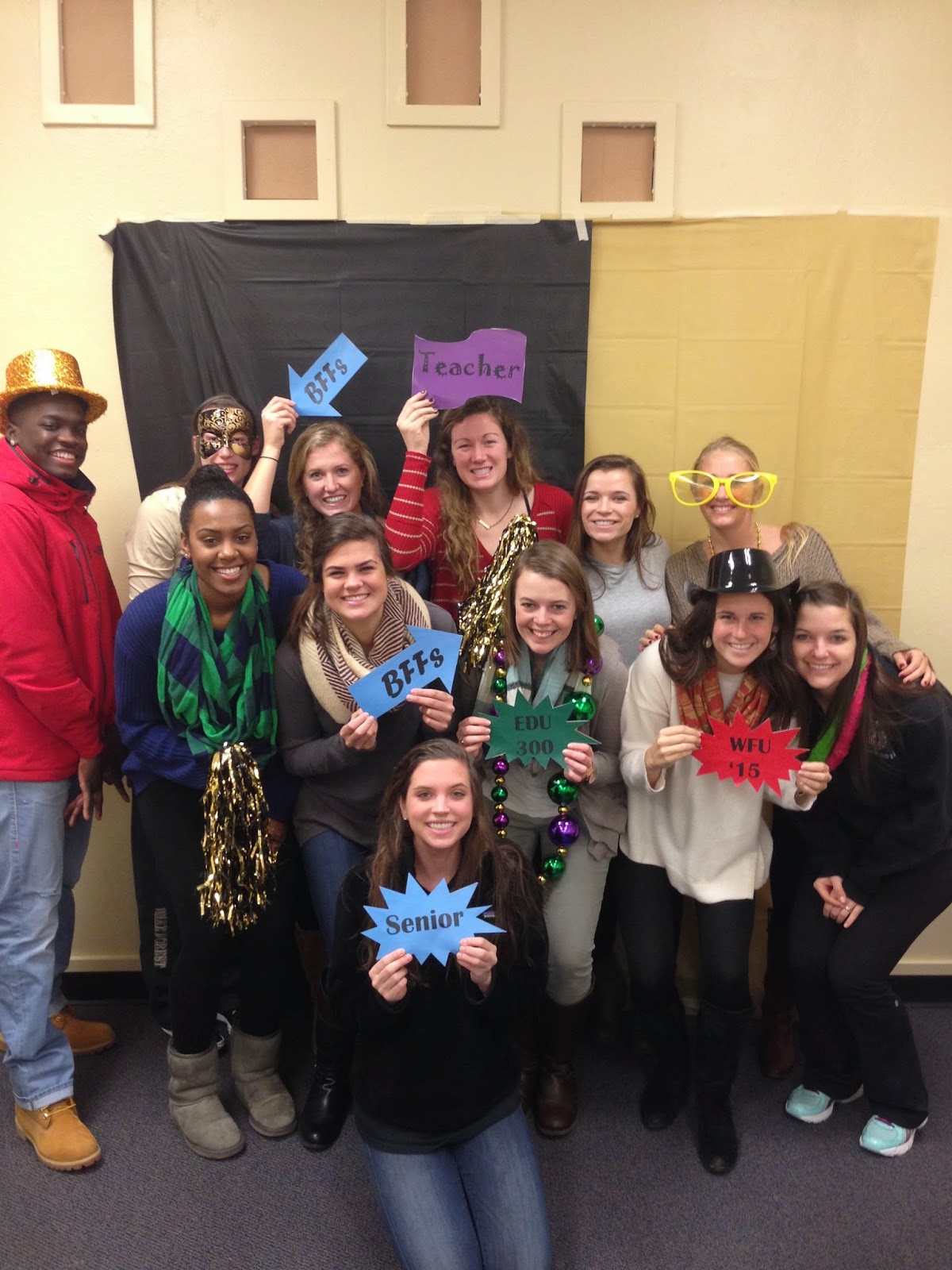 EDU 311 Class: "Play-Doh Introduction" The goal for this class was to take play-doh and create a symbol that represents themselves.  This is an idea adopted from Teach Like a Pirate by Dave Burgess.  Unfortunately, I had three students come down with the flu in that class, and it was already a small class, so I will be doing the activity next week instead.  But here's the play-doh ready to roll! 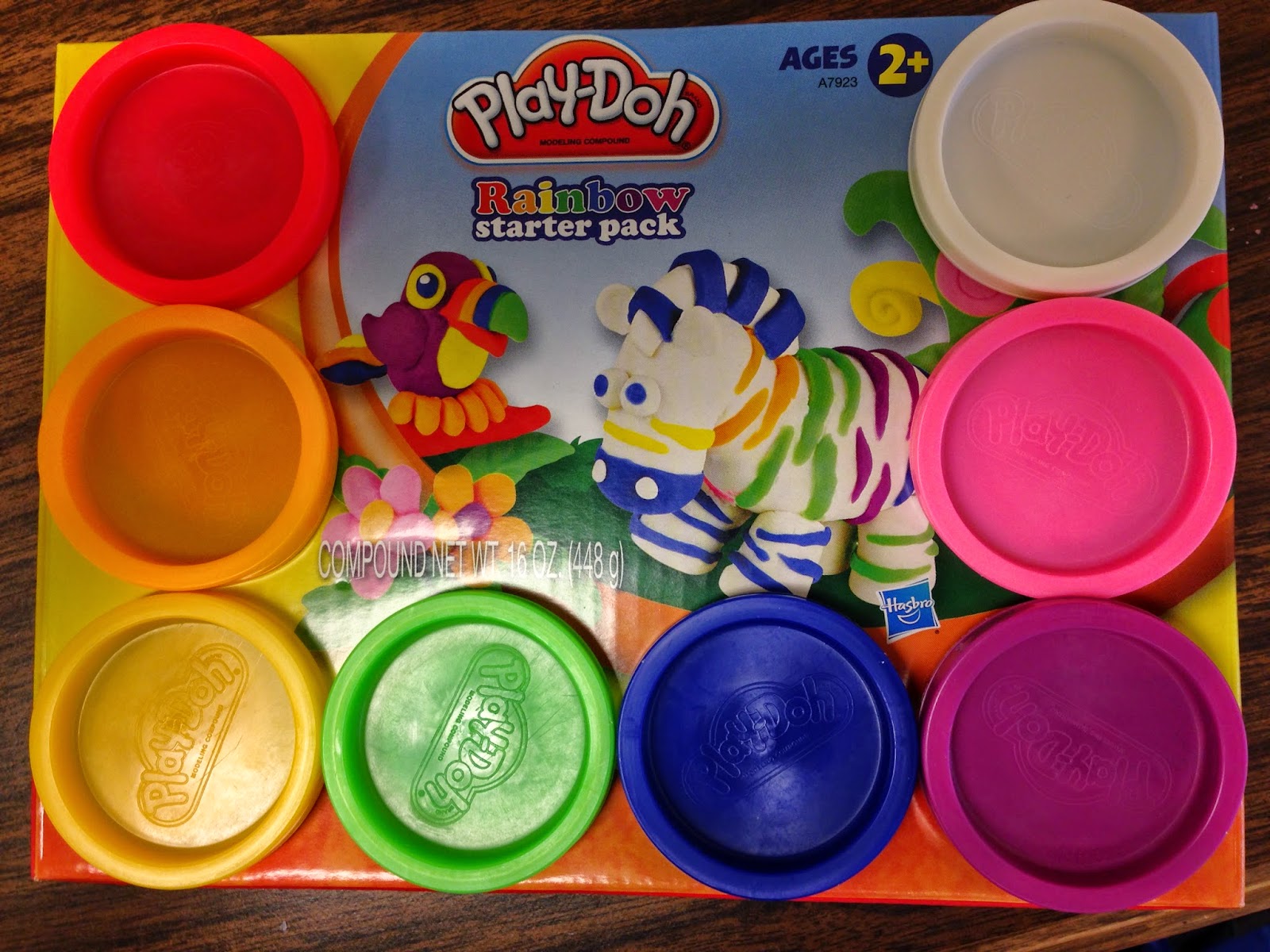